The official entry of Jantar grupa as a private company in the field of geology occurred on December 15, 2000, when a round-table on the topic of “Geology – How to Go On?” has been organized by the company Jantar grupa from Belgrade and the Department of Economic Geology at the Faculty of Mining and Geology in Belgrade. During the 1990s, the founder of Jantar grupa Mr. Dušan Simić worked as an assistant at the Department of Economic Geology, hence numerous contacts that later directed him, in terms of advice and selfless assistance, to founding the company itself.

The long family tradition has certainly had an impact on this. His grandfather Vasilije Simić was a geologist and Doctor of Science who, even before World War II, was the director of the Geological Survey of the Kingdom of Yugoslavia. The tradition then passed on to his father and uncle who had successfully worked in geology for a lifetime, both in the country and abroad. The two brothers are also geologists, while the fourth generation of geologists is successfully completing their studies.

Jantar grupa is a team of engineers that truly works and makes decisions as a team. How do they do that? All team members actively participate in projects by asking questions and making recommendations which results in the best service for our clients and partners. 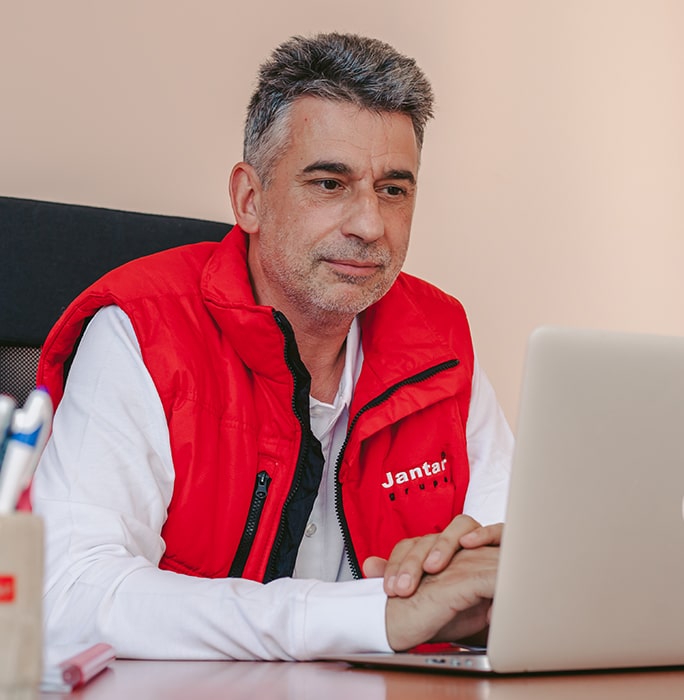 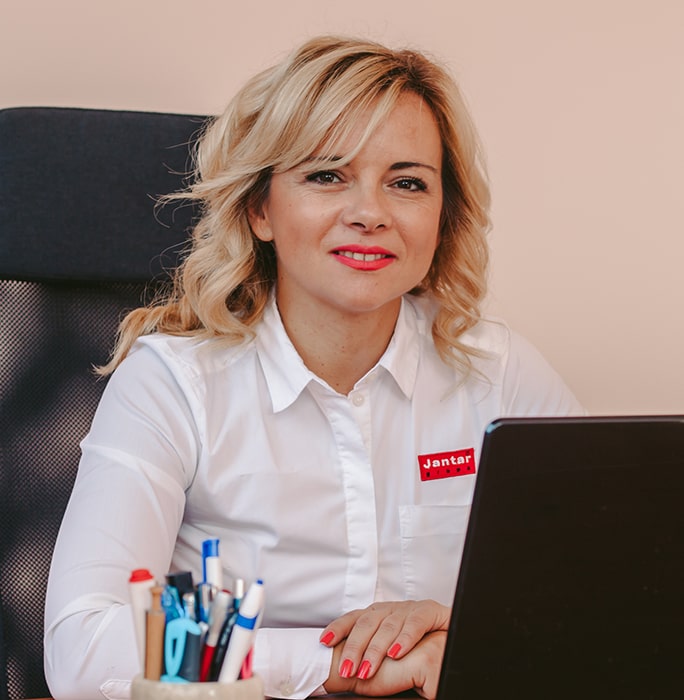 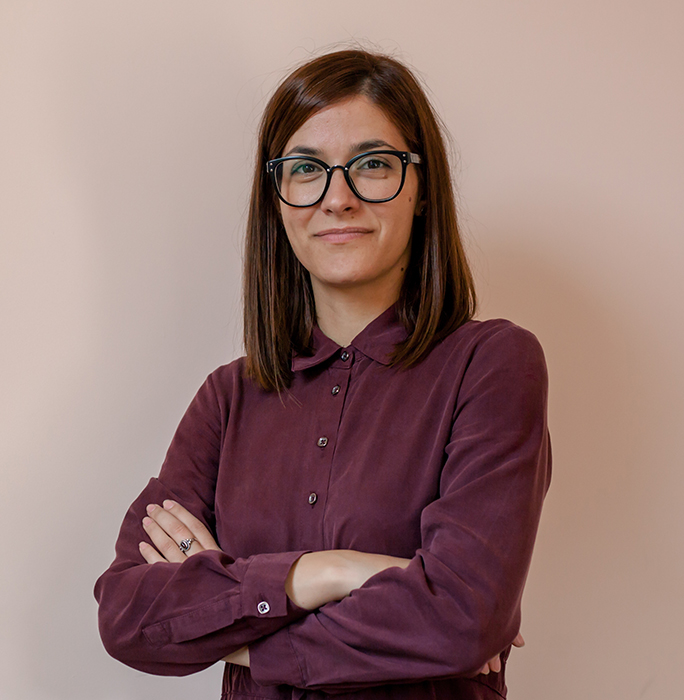 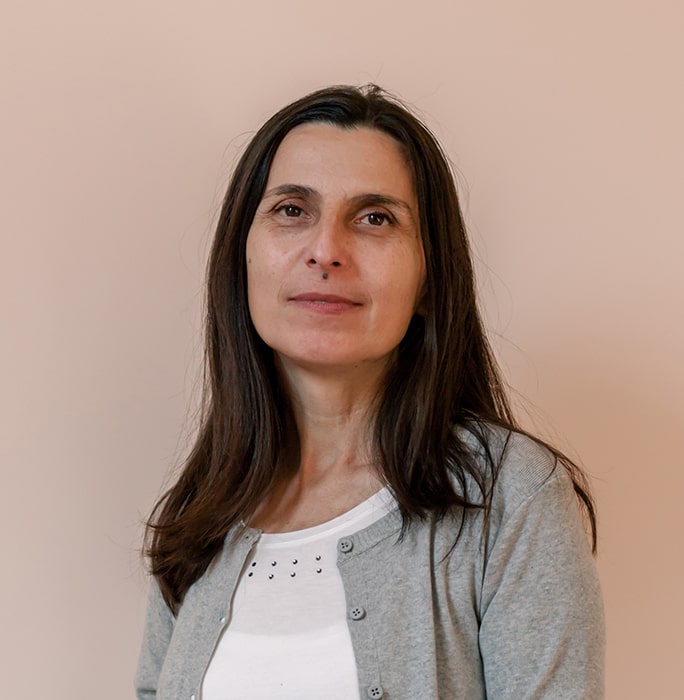 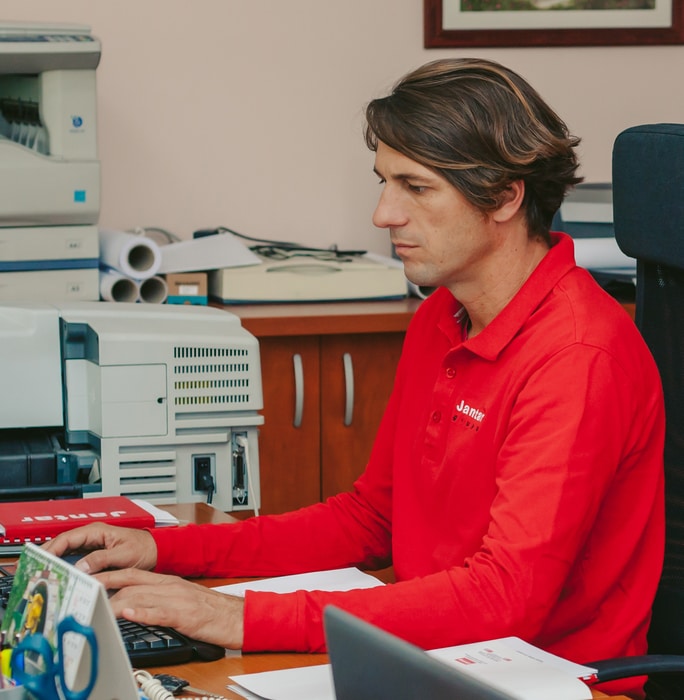 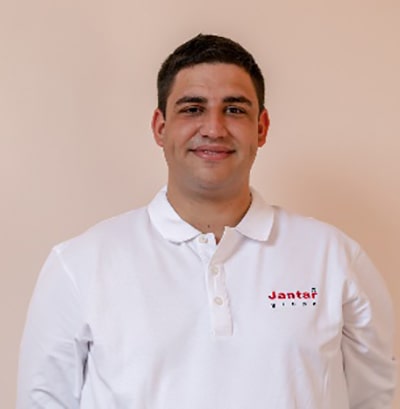 Jantar grupa provides complete legislative consultancy for carrying out activities in the exploration and mining sector in the Republic of Serbia and the region and assistance in establishing and developing the company in Serbia.

Legislative consultancy primarily involves legal advice in the fields of geology and mining. It’s done in cooperation with our attorneys, through the help of starting a company to creating an incubator for a newly established company. We then assist in following the procedures for obtaining the various approvals required for a new company to operate. The legislative consultancy is further done through the provision of conditions for the operation of the company, as well as through the monitoring and guidance of the company until it starts to develop.

Jantar grupa wants to be recognized for its way of working and satisfied clients who confirm this. We want to be the leading company in the region in the fields of our activity, as well as to be recognized internationally. We have already reached the level of having the right of signature for international institutions, such as stock exchanges and banks, as qualified and competent persons.

Every decision that we make – from hiring a new employee to getting engaged in a new project – is based on professionalism and efficiency. Jantar grupa has the utmost respect for clients as we value their trust in us. Our approach is simple, direct, and effective: listen, respond, understand, and provide solutions that meet our clients’ needs. We have the best engineers who provide diverse expertise and always exceed all clients’ expectations.

Jantar grupa cares about the environment by meeting internationally recognized environmental standards and implementing a wide range of strategies at every stage of exploration. This means that all of our exploration activities are planned, executed, and monitored to ensure that unfortunate effects on the environment are minimized or completely avoided.

CARE FOR THE ENVIRONMENT

We consider the safety of our employees as a high priority which differentiates us from many of our competitors. Only by ensuring their safety and welfare, we can be fully efficient for our clients but also for ourselves. Knowing that we frequently work “on-site”, our staff is trained to have a clear understanding of the risks. We operate in a safety management system based on respecting recognized standards and procedures that minimize risk to people, equipment, materials, and the environment.

We create a challenging working environment that motivates our employees to constantly collaborate with each other but also forms high expectations from them. All this makes our staff work as a team and grows professionally as an ultimate result. Our goal is not only to expand our business but to deliver high-quality services for which we need fast-thinking and well-trained professionals who enjoy the job but also have a passion for geology and mining. 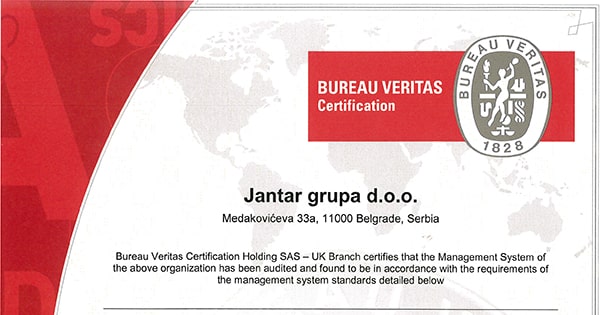 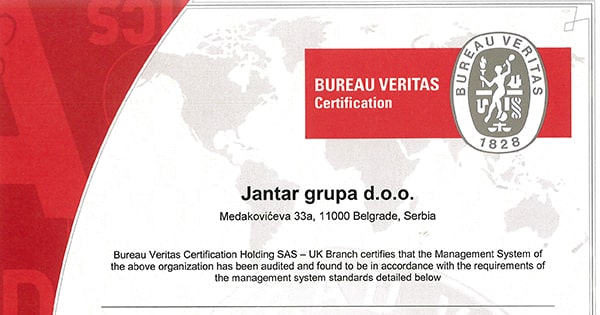 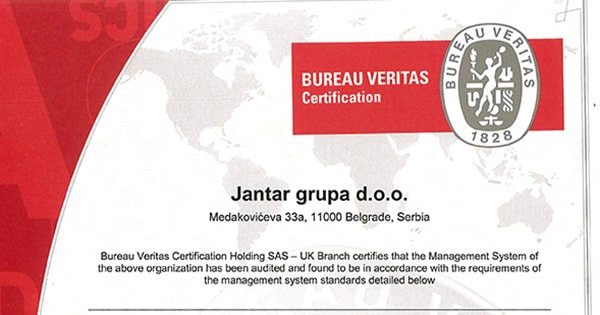 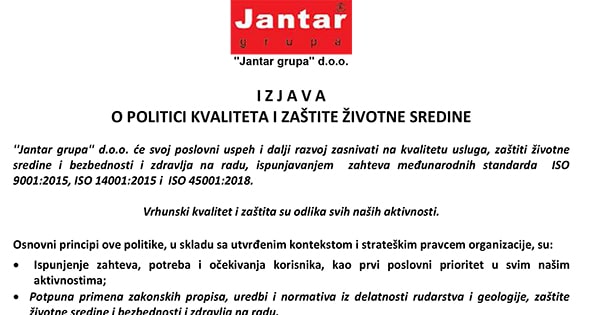 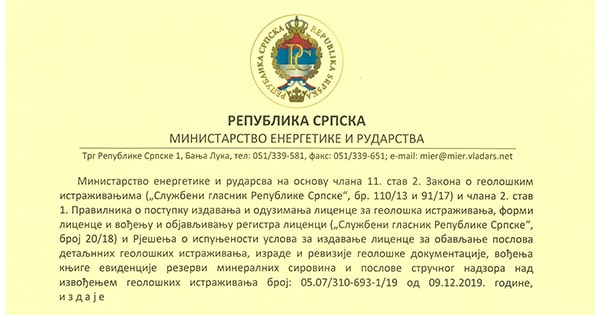 Licenses to Operate in Bosnia and Herzegovina 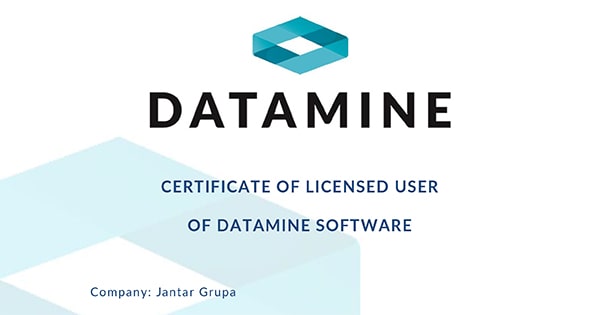 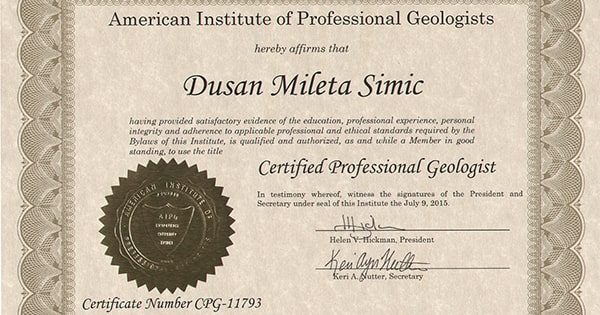 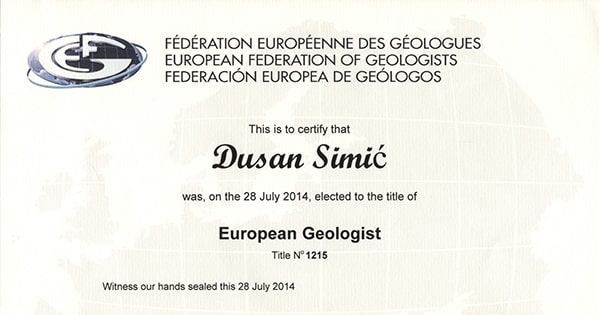 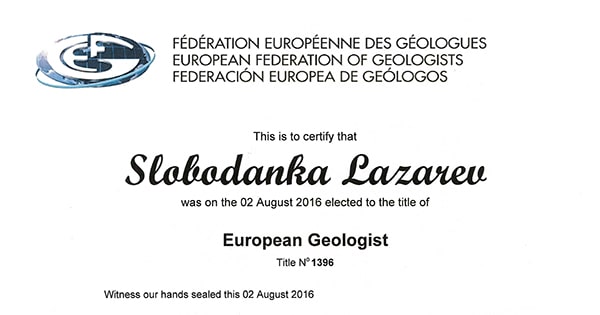 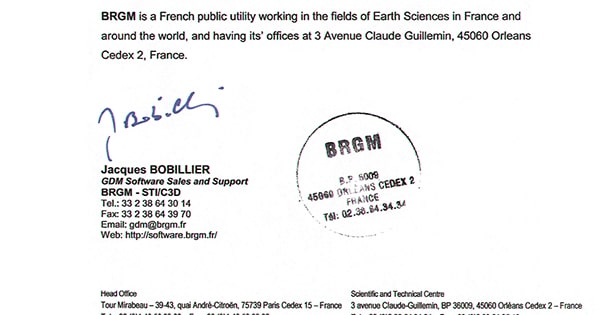 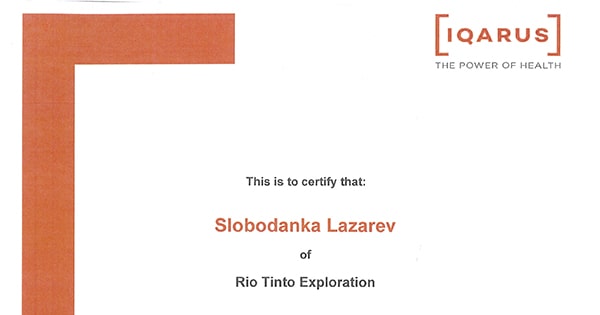 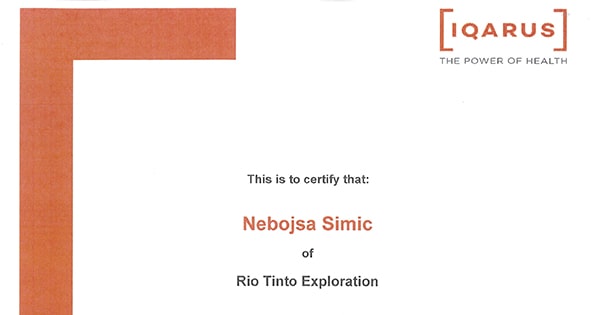 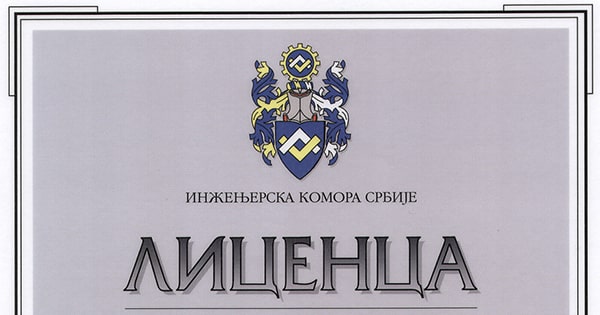 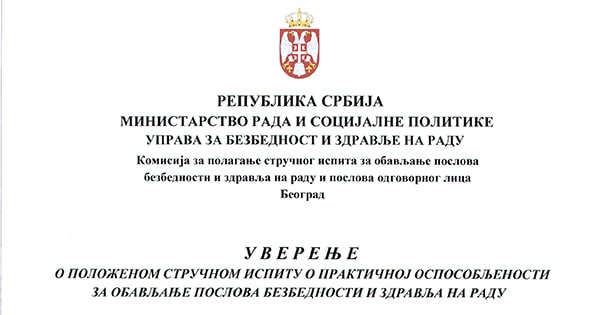 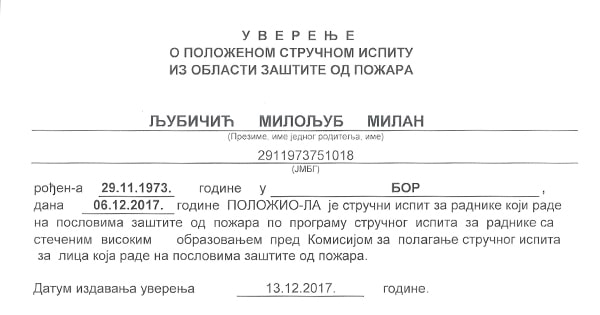 Our clients are based all over the world. Become one of them!

ANYTHING YOU WANT TO ASK US?

Let us know if you have anything to ask, comment or suggest. You’ll get a prompt response!